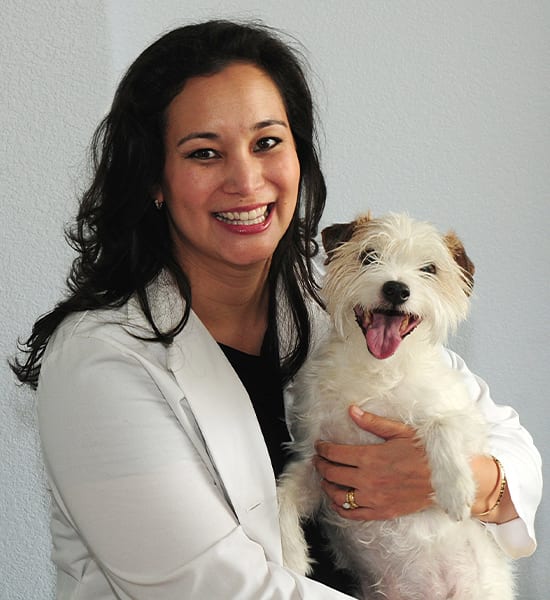 Dr. Patten was born and raised in Honolulu, Hawaii. After graduating from Punahou School, she left the islands and received her B.S in Animal Science from Colorado State University in 1995.

She stayed at Colorado State University and received her D.V.M there in 1999. After practicing in Las Vegas for 3 years, she and her husband, Jason happily moved back to his native Greeley area.

Her interests include pain management, internal medicine, dentistry, ultrasound and soft tissue surgery. She and her partner, Dr. Susan Patton, opened St Michaels Companion Animal Hospital in September 2007, and she has dedicated herself to the practice since.

In her free time, she enjoys spending time with her son, Jaxon, and daughter, Lily, spending time at the lake, fishing and camping. The family shares their home with a beautiful black and tan King Charles Cavalier Spaniel named Megg Nogg.

Caring for Pets in Greeley

St. Michaels Companion Animal Hospital is always happy to welcome new patients to our animal hospital. Get in touch today to get started!